Seki City, Gifu Prefecture, is one of the “three major blade production areas in the world” and is known as a city for making blades. It is a world-famous city called “3S” along with Solingen Germany and Sheffield in England.

The origin of the making of cutlery in Seki City dates back to the Kamakura period. It is surrounded by abundant water resources such as high-quality burnt blade soil, charcoal, and the Nagara River. Since ancient times, nearly 300 swordsmiths have gathered in the heyday as the best land for making swords. 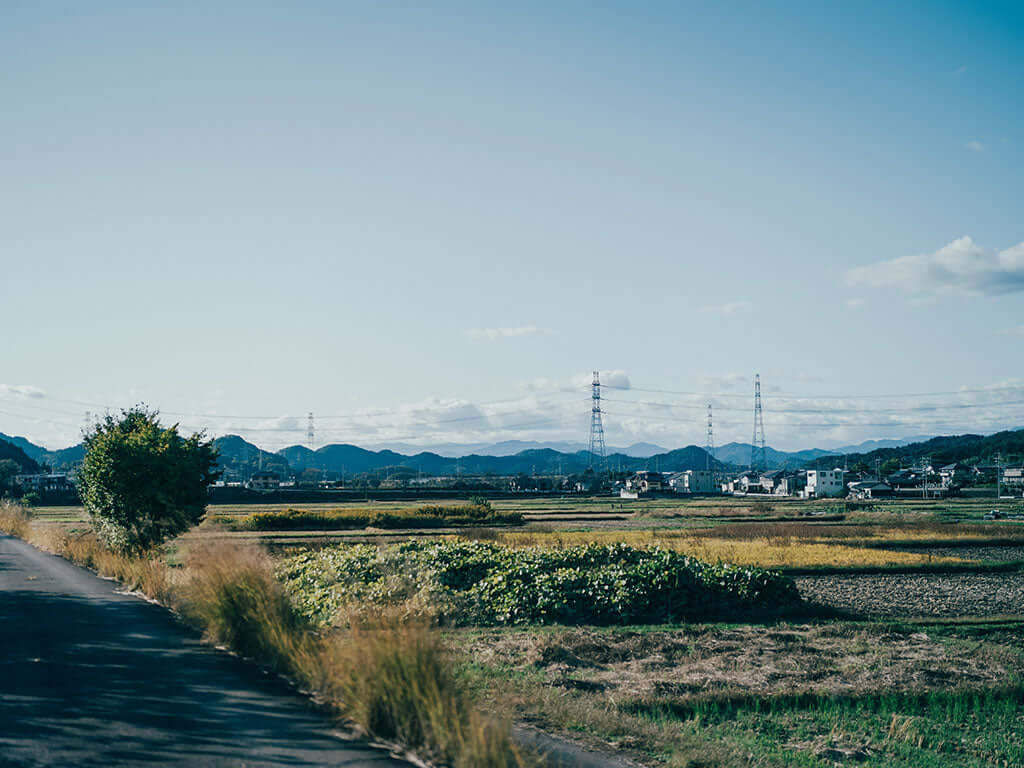 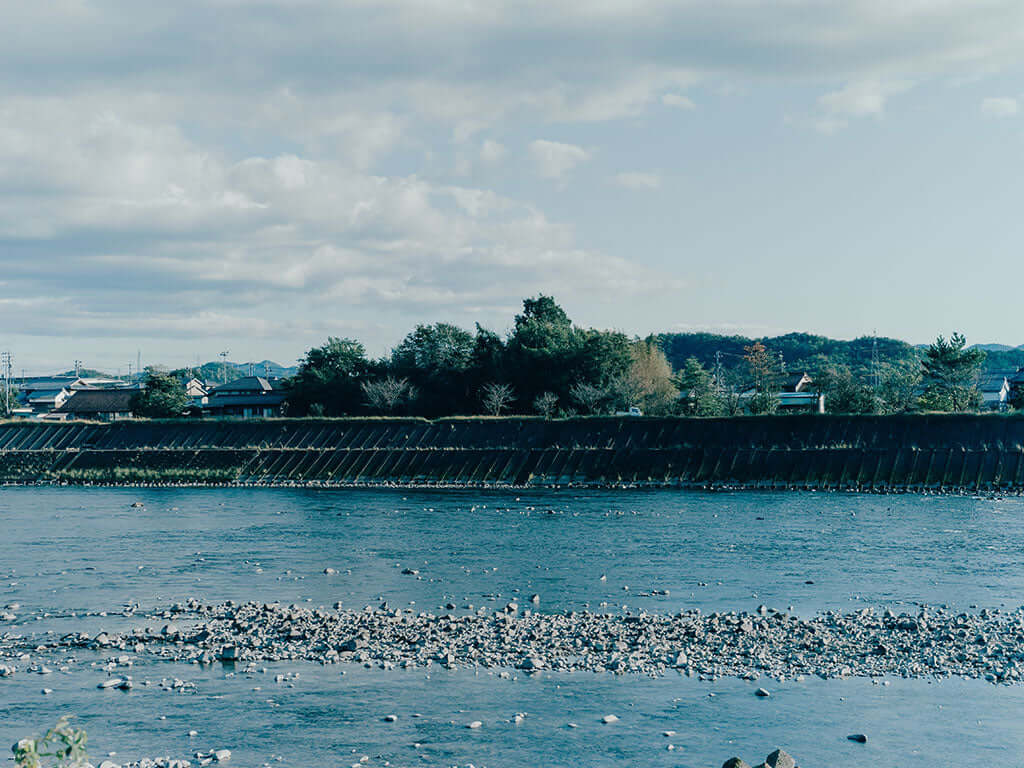 With a history of making swords for more than 800 years, this city has continued to inherit its high technology even when the times changed to making daily blades.

Seki City’s blades, which are loved all over the world, are completed through a number of detailed work. It covers more than 20 including all processes such as pressing, quenching, polishing, back sharpening, and cutting.

First of all, this process is “quenching” which can be said to be the soul of a blade. 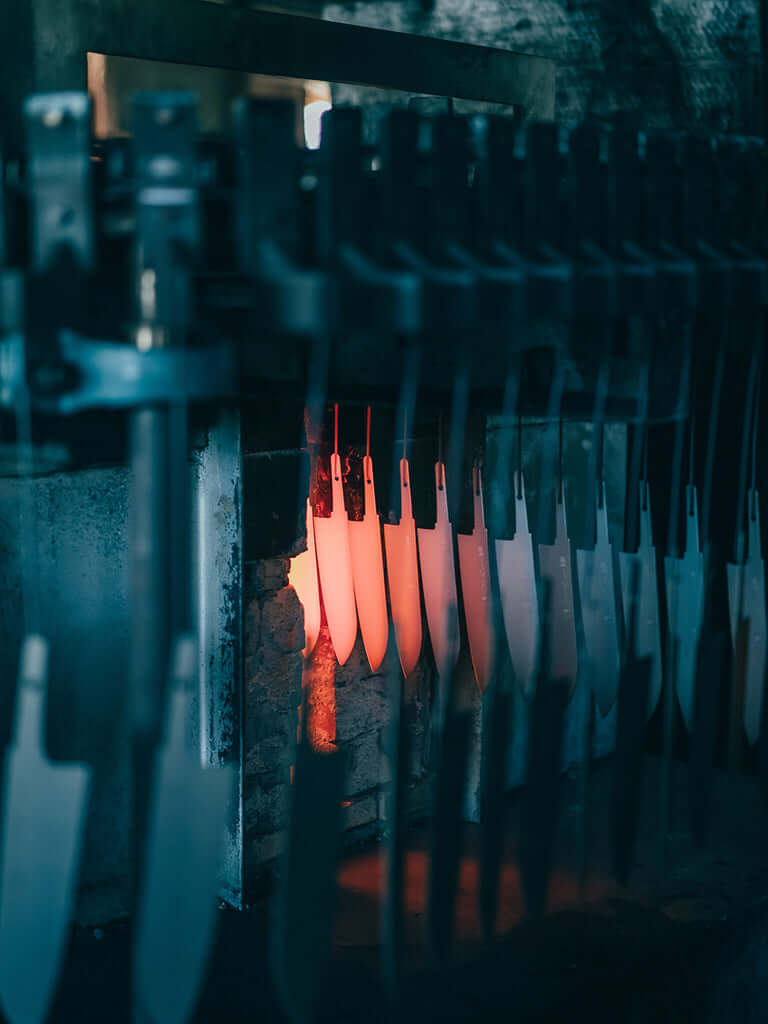 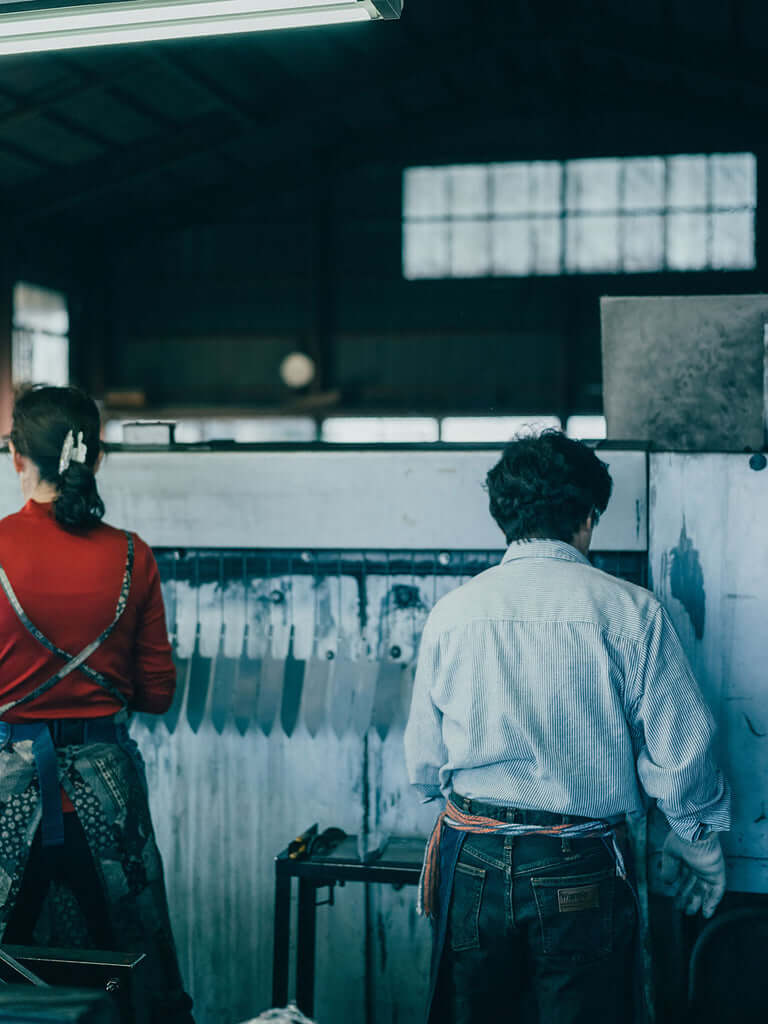 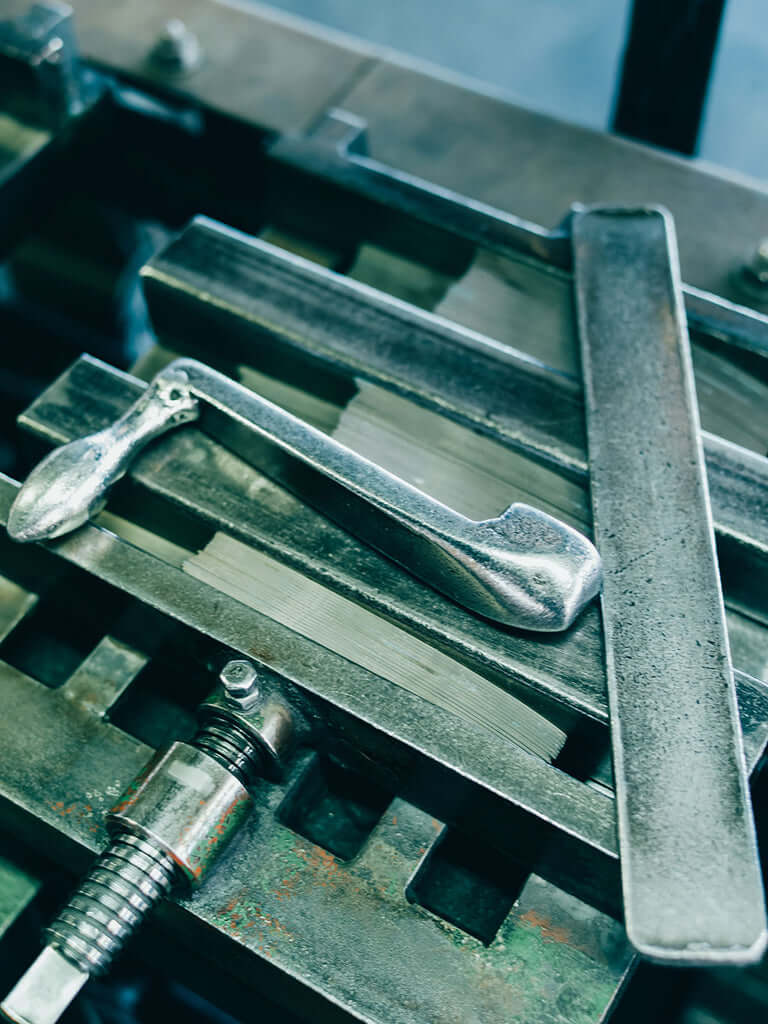 Seki City’s knife making is a division of labor, and the craftsmen of each factory are in charge of each process.

Quenching, air cooling, hardness inspection, and strain removal are performed at this factory. The person in charge is a veteran craftsman who has been engaged only in this process for decades.

Quenching is performed at a temperature of approximately 1,200 °C. The heating time is finely adjusted according to the size and thickness of the blade, but all of them are determined by the craftsman’s many years of experience.

The idiom “quenching turns” is the etymology of this quenching. In other words, it is a very difficult and important process, not only because the temperature is not enough, but also because the strength of the blade drops even if the fire turns too much. 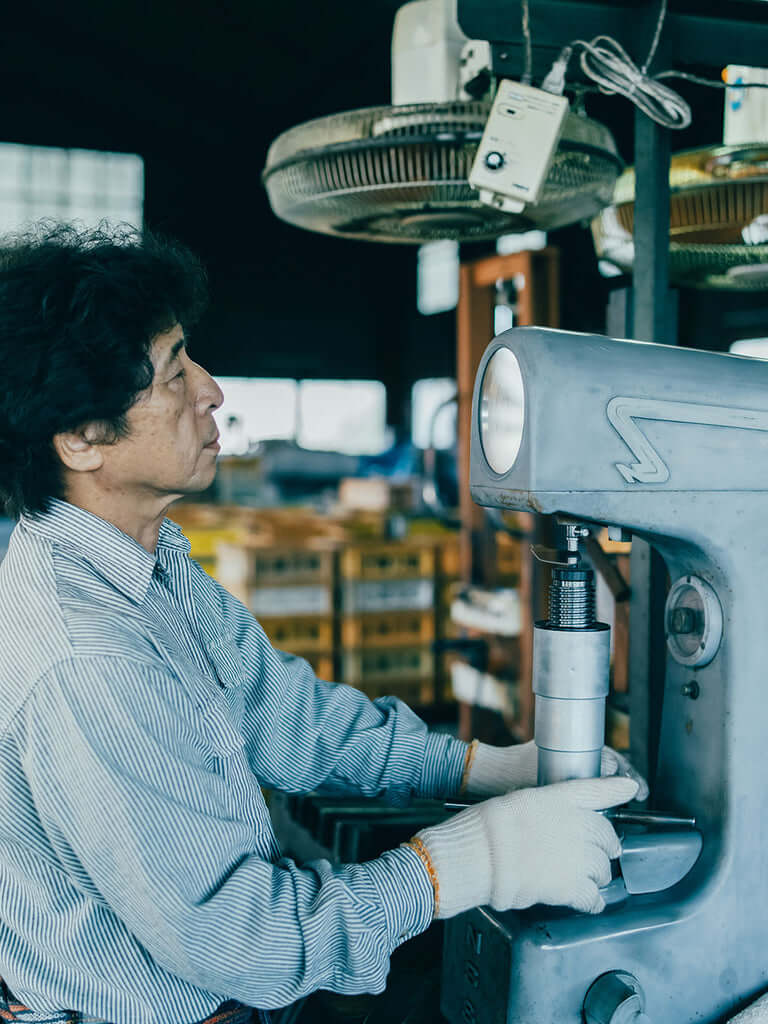 This is the state of hardness inspection. Hardness varies greatly before and after quenching. We inspect one of several by sampling, but there is almost no blurring even if we inspect numerically.

After quenching, the process moves to polishing and back sharpening. The blade is not in a state where it can be cut by quenching alone, but it is reborn as a sharp blade by polishing. 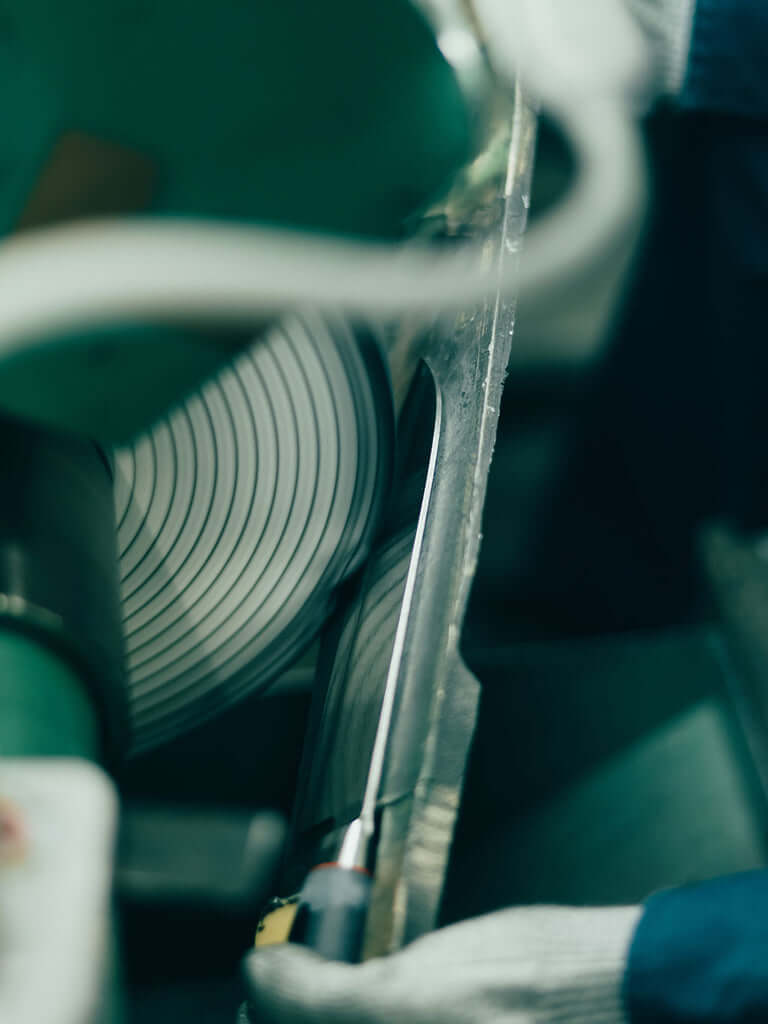 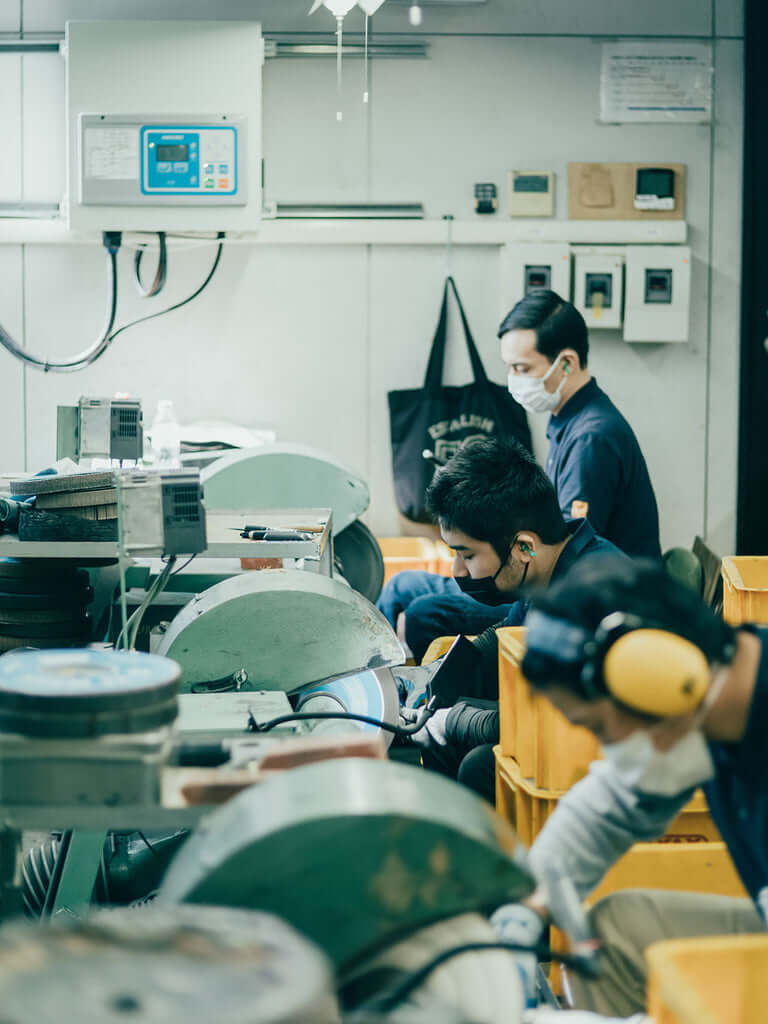 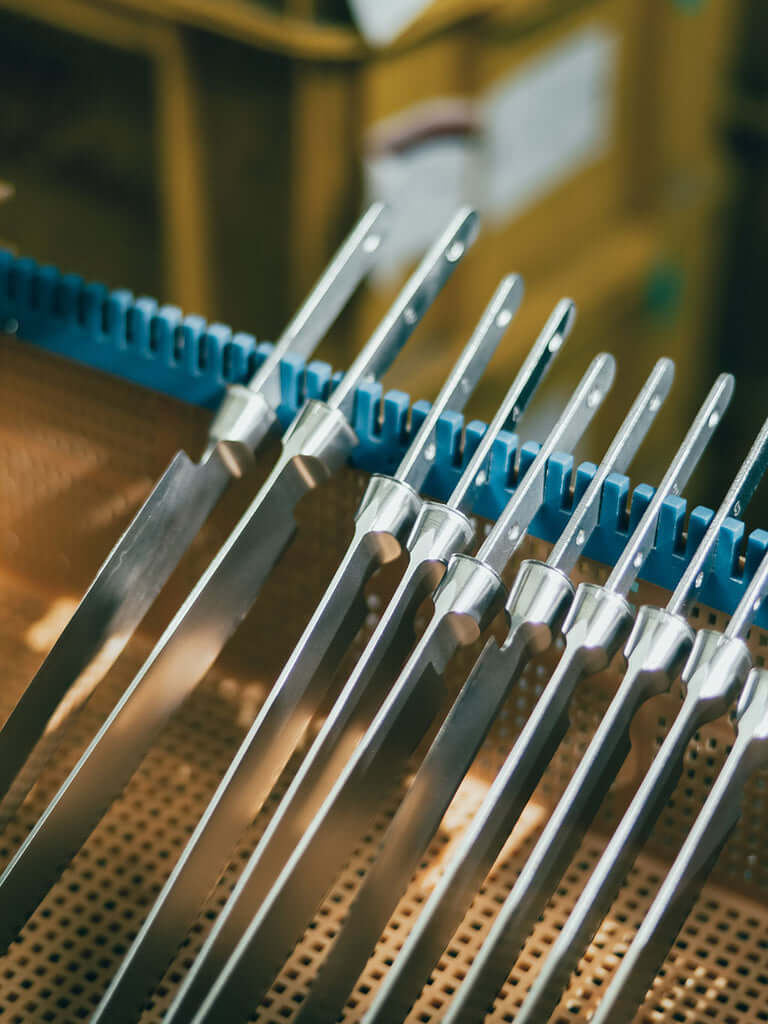 The sharpness of the blade is greatly affected by this polishing process. Because it is a very delicate work, the craftsmen carefully sharpen each one by hand.

In addition, there is a sharpness inspection process to stabilize the overall quality. Use a special machine to reciprocate the blade once and check how many sheets of paper can be cut. 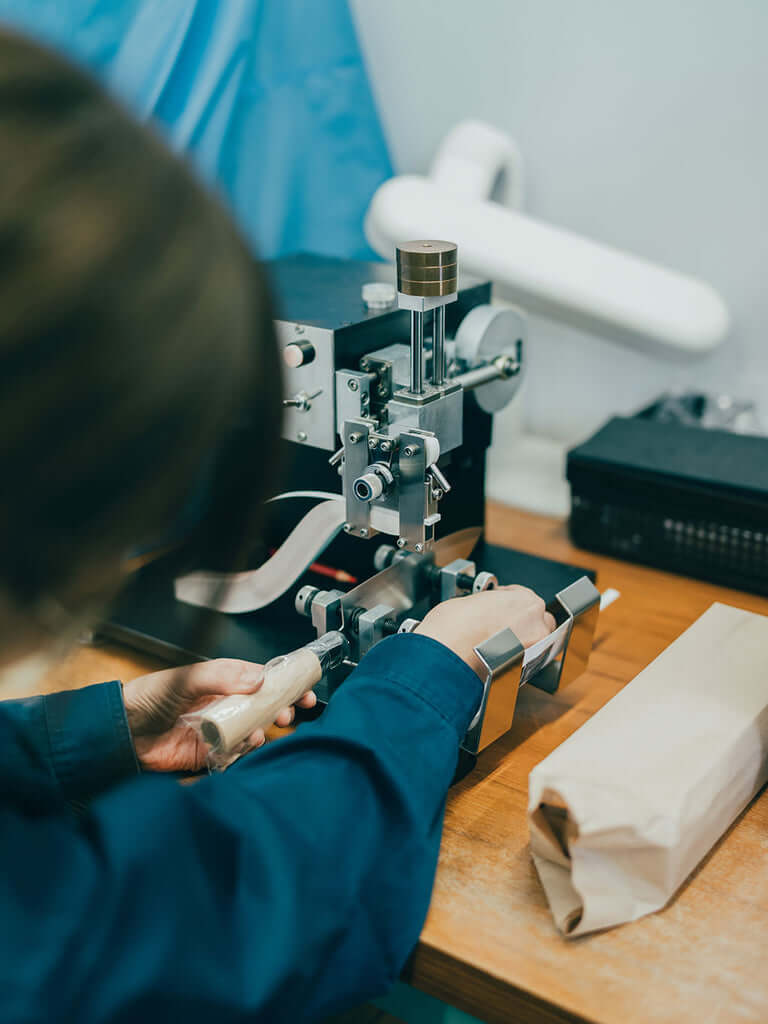 It seems that if you can cut about 30 sheets of paper, there is no problem with the sharpness, but Standard Products knives were able to cut about “70 sheets”, which is more than double.

When I actually experience it, I am surprised at how sharp it is, even though the knife itself is light. 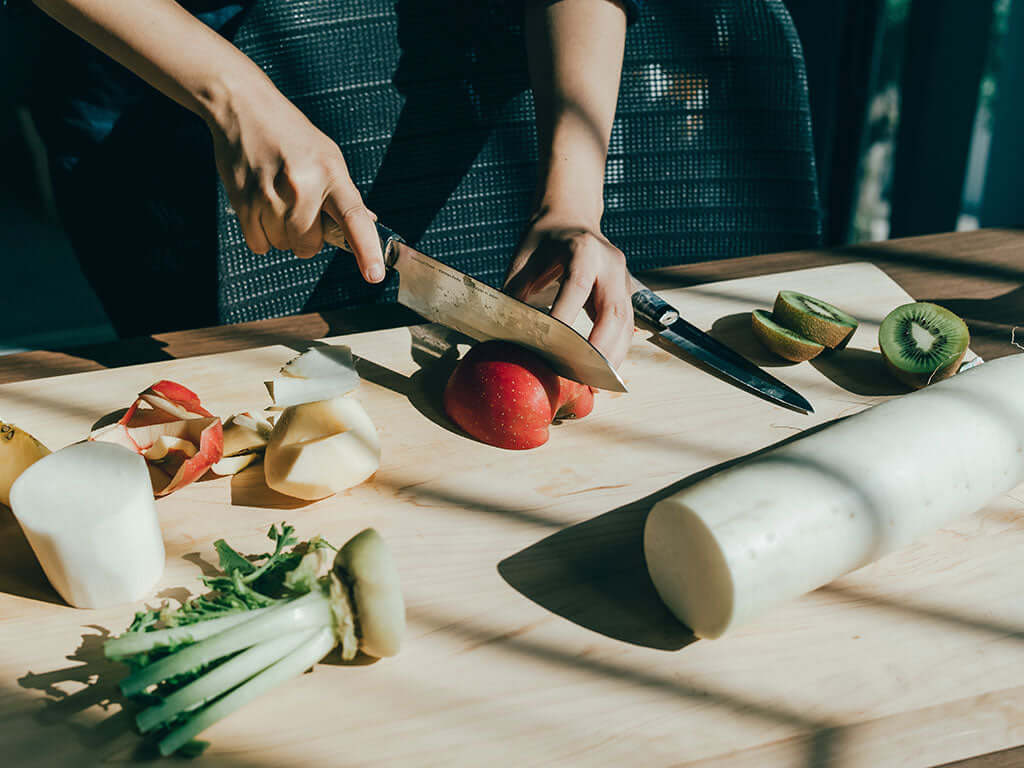 Then, the product is completed through processes such as processing of the base, blade attachment, finishing, and inspection.

Especially in the final inspection work, small stains and scratches that are invisible to the untrained eye are found. Very detailed and polite work is done until the last step to maintain stable quality. 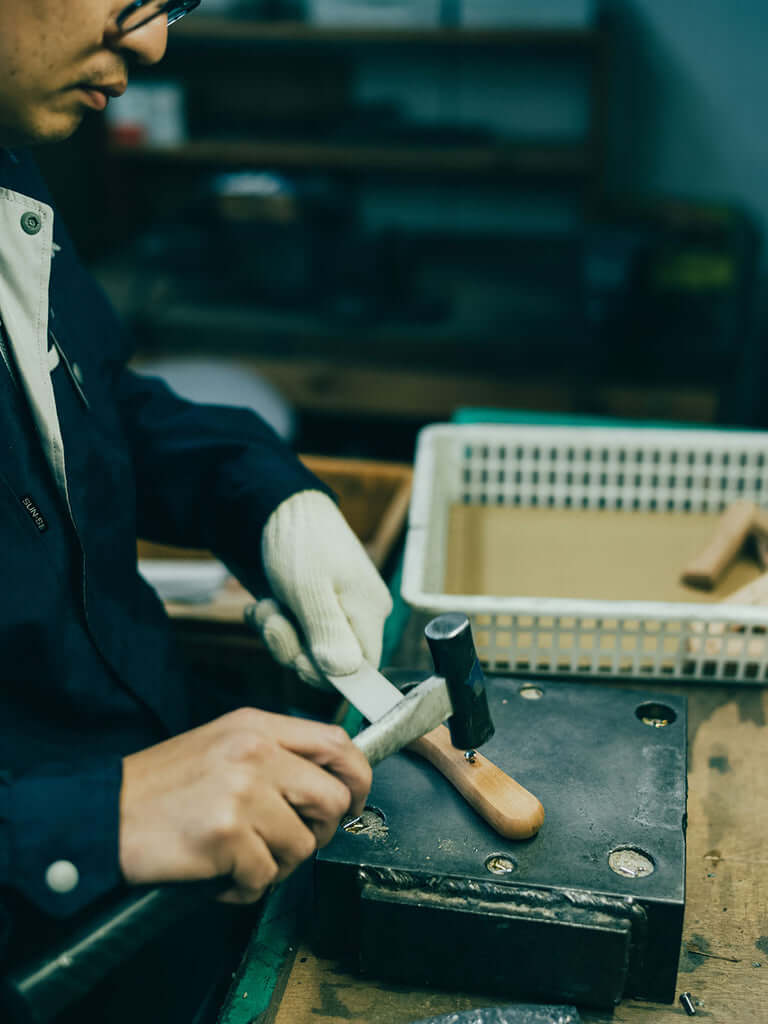 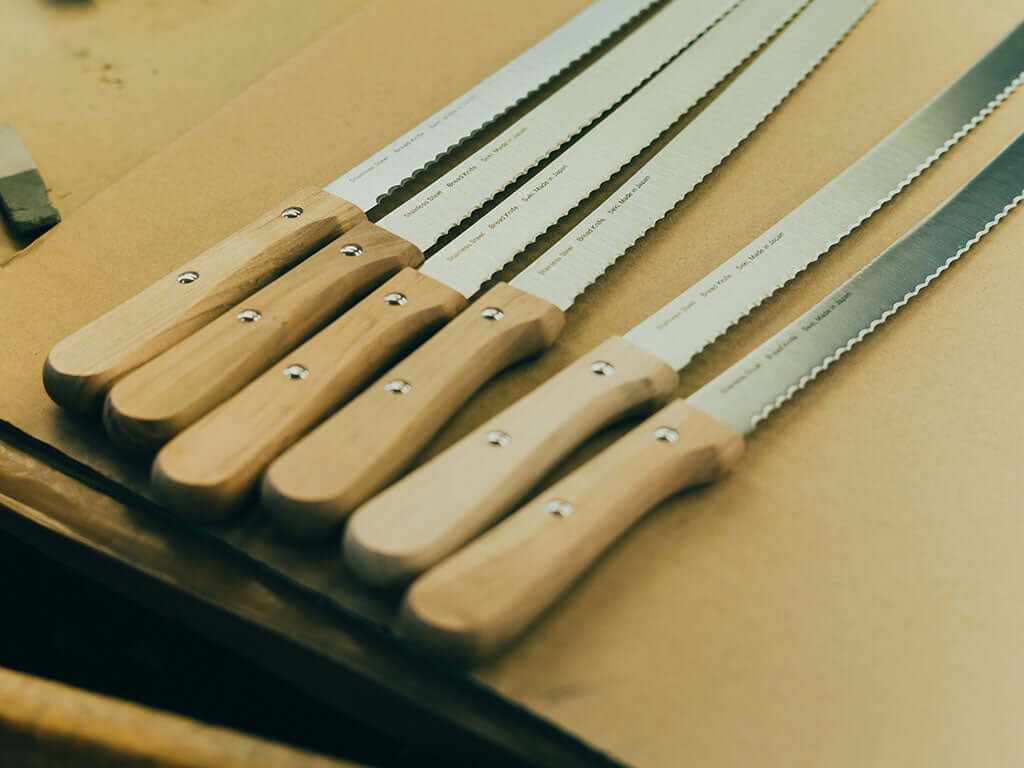 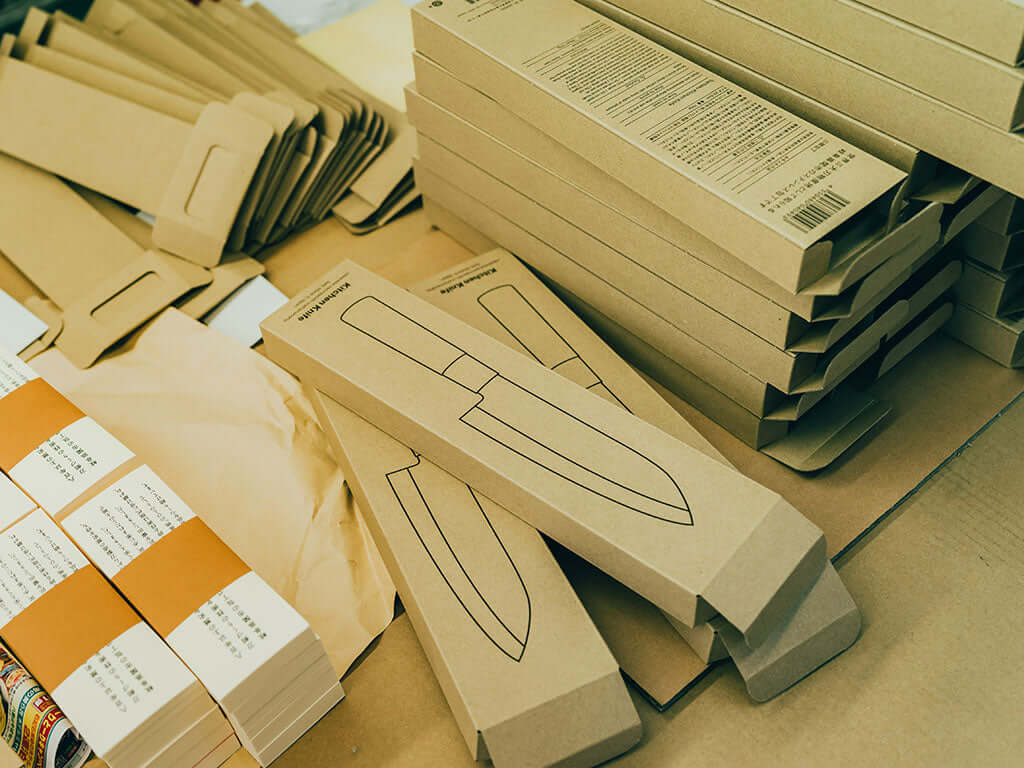 Seki City knives are made by many craftsmen and people in the field in this way. We hope that you will actually pick it up and try it out. 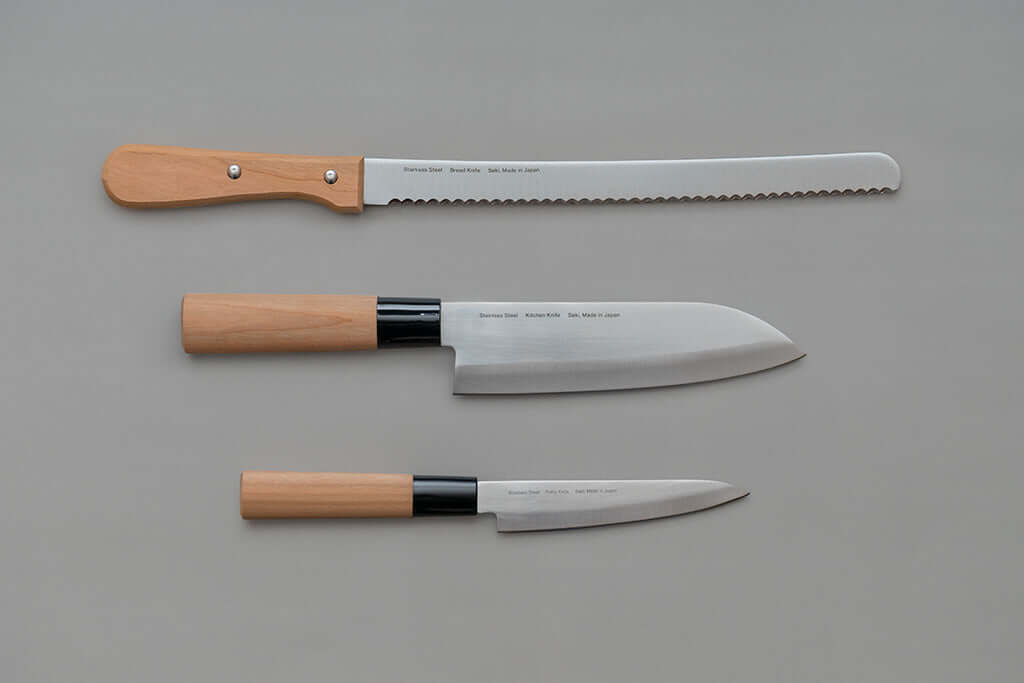 Get the latest update on our collections,happenings and more

Thank you for your subscription!

Kindly check your mailbox and confirm your subscription.